Our vision is to revolutionise rowing

Everyone should be able to enjoy easy and uncomplicated performance rowing on any stretch of water. The most important thing is that the rowing boat can be transported easily. And that is what we have achieved with ROWonAIR® rowing boats. ROWonAIR® turns your SUP board, skiff, kayak, Canadian canoe or classic canoe into a full-blown rowing boat with roller seat. While there are already simple rowing systems available for SUP boards (from SeaEagle for the inflatable iSUP, for example), these do not have a sliding seat.

Compared to other manufacturers such as Oar Board SUP Rower, we offer not only traditional reverse rowing systems, but also the innovative RowVista® forwards rowing system. Unlike systems with sliding riggers that restrict the movement of the body, our rowing systems make it possible to row on long tours comfortably.

Our ROWonAIR® rowing boats deliver high quality and durability and you can take them anywhere. This is a rowing boat that guarantees pure freedom for recreational rowers and athletes! 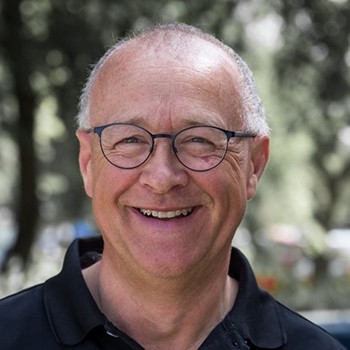 ROWonAIR® means what it says. The folding ROWonAIR® rowing system can quickly and easily be attached to inflatable boats, inflatable Stand Up Paddle boards, airskiffs, slider air kayaks, air kayaks, surf skis and other dirigibles. Thanks to the folding design of the rowing set and the inflatable boats, ROWonAIR® can be packed into a small volume so that it is easy to take anywhere by car, plane, bus, train and on foot, and stow away at home.

There are two folding rowing systems to choose from - RowVista®, the first and only forwards rowing system that allows you to control feathering of the oar blade by hand, RowMotion®, which is a traditional rowing system. Both rowing systems perfectly match the ROWonAIR® row-ons and can also be used with existing boats/SUP boards. RowMotion® or RowVista® can be quickly and easily mounted on any SUP board starting at 14 such as the RedPaddle (Racer), Fanatic (Falcon and Strike 14'), Starboard (Racer and Touring), Mistral, Race Line (Open Ocean, Equinox 14' and Equipe 14'), BIC Sports (Nova Scotia 14' x 28") AirBoard (Airboard ROCKET LE 14'), Hobie (SUP), Indiana SUP (Carbon 14' Touring and Carbon 14' Race). Canadian canoes made by Lettmann and Wenonah, for example, can also be fitted with these systems.

In order to appreciate the full ROWonAIR® experience we recommend using boats/SUP boards at least 14' long. We have found that longer boats/boards distribute changes in weight better and that above this length pitching is no longer an issue. Also, the longer the better as far as speed is concerned. The longer the boat/board is, the better it is to row - and the better it looks. 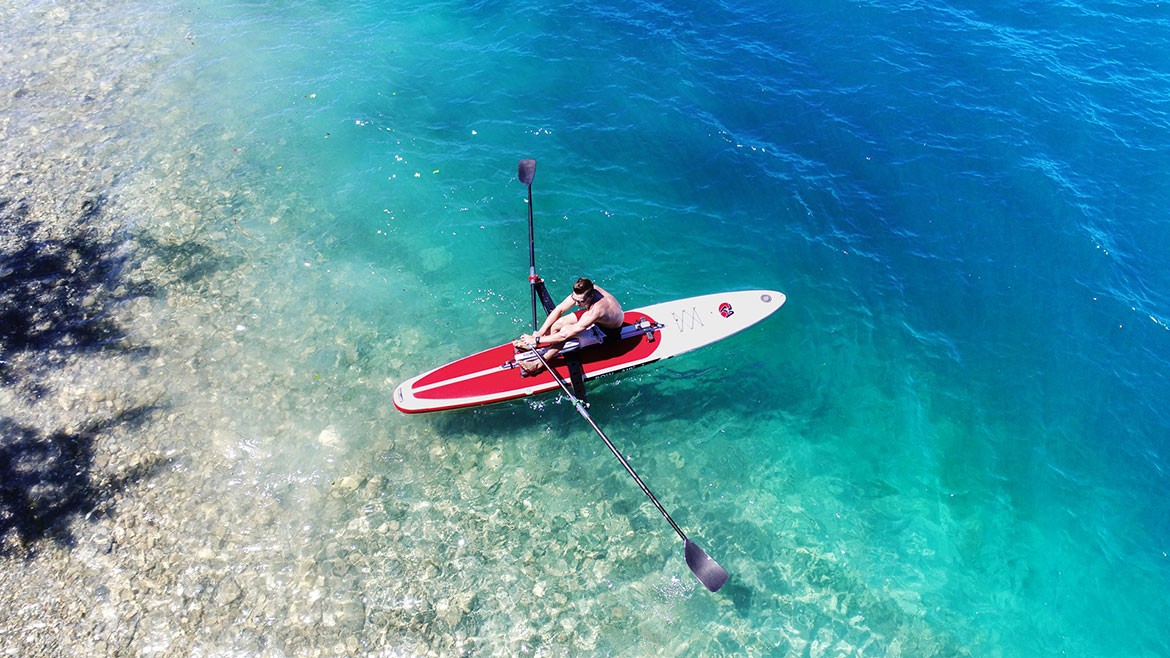 Where in the world is there still true freedom in sport?

These days there are not many sports where you can enjoy real freedom. True freedom is really only available on the water. Most stretches of water are open to everybody, there are almost no exhaust emissions and you are free to move anywhere. Due to the increasing need for people to do a sport activity, rowing is becoming more and more important because it makes you use your whole body and you are normally exercising within the aerobic threshold.

Rowing - a healthy sport. Perfect for newbies too thanks to RowVista®.

Thanks to the use of the innovative RowVista® forwards rowing system on the XCAT, we know that even beginners can easily get to grips with rowing properly and are soon able to enjoy pursuing this amazing sport. We combined this ingenious system with the principle of freedom and it soon became clear that the freedom of movement does not start on the water, but actually much sooner…

Transport on foot, by plane or by car.

Freedom is also being able to transport your sports equipment easily by car, plane or on foot. The RonA (ROWonAIR®) product range lets you row efficiently on inflatable SUP boards, inflatable kayaks and inflatable skiﬀs as well as on your existing SUP boards, kayaks, canoes, Canadian canoes and other types of boat.

RonA customers can choose between the proven RowVista® and RowMotion® rowing systems.

Like with the XCAT catamaran, all ROWonAIR® products can be assembled and dismantled without the need for tools using click-on and plug-in connections and can be stowed away in the compact bags provided. That is what we mean by true freedom in sport. 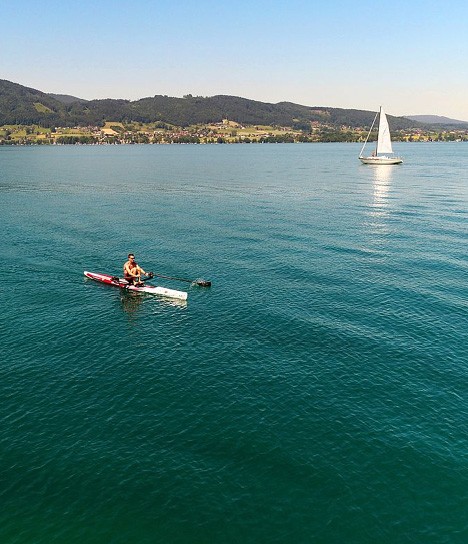 Our starting point is choosing the best materials...

... with details that others do not even notice, and in particular with rigorously testing the product ourselves and with professional until we are one hundred percent sure that even the most discerning customer will be satisfied with the final product. 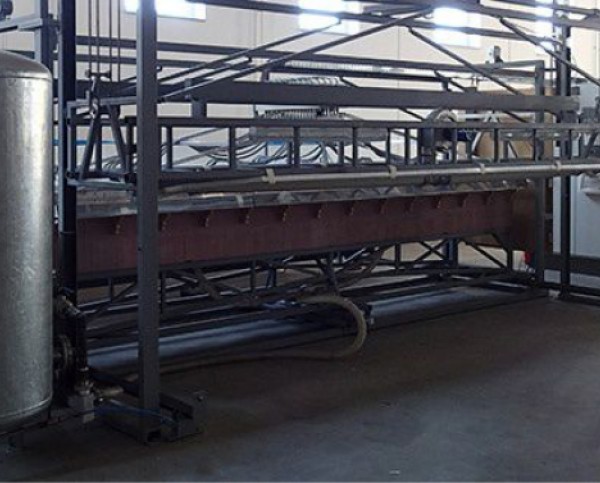 The robust and durable forwards rowing system from XCAT - now with ROWonAIR® also for inflatable and hard shell SUP boards, skiffs, canoes, kayaks and much more.

RowVista® - the forwards rowing system that is already well established on the XCAT catamaran - now brought by ROWonAIR® to inflatable and hard shell SUP boards, skiffs and canoes. The ignition point for the RowVista® system happened while talking to an experienced rowing athlete. During our discussions with the rowing sport insider, we laid down the requirements of professional rowers in detail for this awesome forwards rowing system to gain a foothold in the rowing sport industry.

The experienced rower revealed a challenge that not one of the 250 patented forward rowing systems developed over the past 100 years had been able to solve satisfactorily: feathering of the oar blade must be controllable using the rotation of the oar handle, even with the forwards rowing mechanism.

In addition to its use with ROWonAIR® on boats and SUP boards, the RowVista® forwards rowing system we developed can also be used on hard shell rowing boats made by other manufacturers such as LiteBoat, Virus, Wintech and many more.

No more "catching a crab" or blisters

Experienced rowers know what "catching a crab" means. RowVista® puts an end to crab catching and also to most of the blisters that occur with classic rowing system as a result of rotating the oar blade, (the sleeves on the oars or sculls have a large diameter and are more sluggish to rotate as a result!), because the grip oar section and blade oar section rotate on ball-bearing mounted axles. Race scullers and recreational rowers can effortlessly rotate the oar blade upwards using their little finger and forefinger. The weight of the offset big-blades allows the oar to rotate into the water stroke position more or less of its own accord. 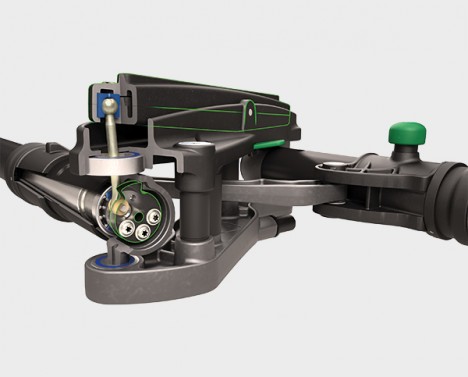 Like with the XCAT catamaran, all ROWonAIR® products can be assembled and dismantled without the need for tools using click-on and plug-in connections, and, thanks to the compact bags provided, can easily be transported by car, on a plane or on foot.

Excitement made in Austria - the Row&Sail boatyard

That is why at Row&Sail we work enthusiastically on new innovations every day and manufacture our rowing sets in our own boatyard at Row&Sail GmbH in Lichtenberg near Linz, Austria. Our drop-stitch inflatable SUP board, AIR KAYAK and AIRSKIFF are manufactured by a world-famous manufacturer of drop-stitch boards using high quality materials and production processes. 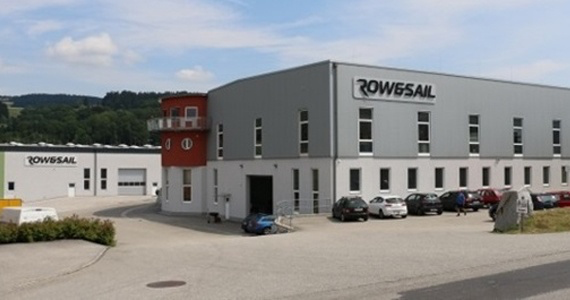 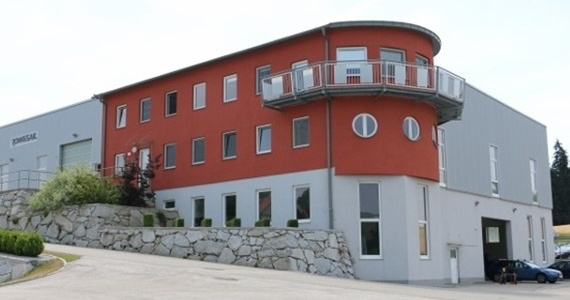